Ten years ago, a meteor storm strafed the earth with deep space shrapnel. In the aftermath, crash sites around the world went radio silent.

Most of these Deadzones were claimed by cartels and warlords. The low orbit corporates use others for weapons testing. And biosphere mutations have altered some beyond recognition.

The Chain is a mercenary guild specializing in Deadzone ops. Its members bow to no country, have no commanding officers, and choose their own missions. The Chain only has one rule: once you go in, you don't come out until the job is done.

For two years, Blair has been stalking the margins of a notorious Deadzone, trying to find a way in. Now the guild is offering to get her over the border… for a price. A handful of missions is all they ask. Survive them, and Blair will get her shot. But she'd better decide fast, because the hoverboat is waiting.

Note: the ebook version of Deadzone Mercenary is included in the Antiverse: Apocalypse box set, which is available below. Or you can buy it as a standalone for just $0.99. 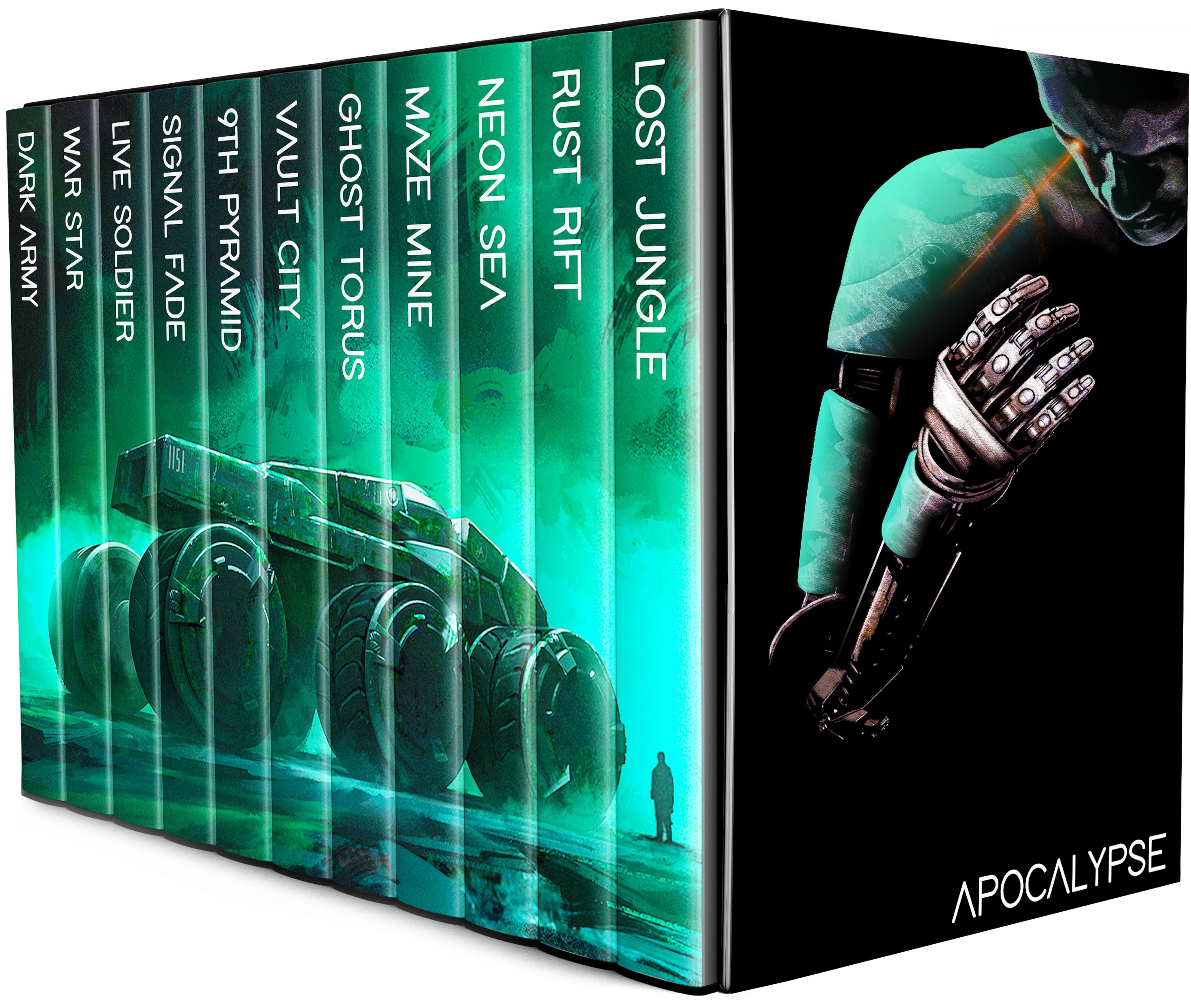 The Antiverse Cycle is a science fiction epic that tells the story of humanity's future. Beginning in the shadows of a fading earth, it will travel to the furthest reaches of space and time. The first arc is now complete, and has been collected here in its entirety. This apocalypse box set contains:

PRAISE FOR THE ANTIVERSE: APOCALYPSE

A gripping and disturbing tale moving relentlessly into an ever more apocalyptic future. There is great greed and evil, but also humor and kindness. Characters are engaging and multi dimensional. A very absorbing read. The story comes to an end, sadly. I would like the group these characters formed to go on and on. Put them together again, Liam.

This is a collection of stories, tied together with a true dedication to telling a grand story, without sacrificing character or the smaller stories contained in each book. The only book similar in scope or structure I’d say would be Seven Eves (itself an amazing book and I do not use the comparison lightly), this set has a more pulpy sci-fi approach rather than the strictly hard Sci-fi of seven eves and hints of Neuromancer (especially in the last book).

An absolutely brilliant series. I picked it up after the artwork appealed to me and found a real gem. Great stories and great characters make this very hard to put down. Highly recommended!

At first the stories seem disconnected. Engaging, well-crafted, and worth reading, but disconnected. But by the end it all ties together in an immensely satisfying conclusion. WELL DONE. I only wish it would have gone a bit farther, but I suppose that’s a hallmark of truly great storytelling: leaving the reader wanting more.

This is perhaps one of the very best series I have read. The journey of all the main participants of this story are incredible.. I will not go into all the plots to get to the point . Absolutely read this book. You won't regret it

I'm so impressed by this series that it's best to describe it. Science fiction, transhumanism, the essentials of humanity, this has it all. It fit centuries of story into a world at its end without making it depressing. I found it beautiful.

DEADZONE MERCS! What a ride...great story, great characters and such action! I read this in 2 days....couldn't put it down.

Rarely do I rate a book with five stars but this is one. This book is the most fun I've had reading in a long time. Highly imaginative with lots of twists and turns, and lots of action and humour, I had a hard time putting it down. Can't recommend it enough!

Just finished reading this box set. I don’t want to give the plot away and spoil it for others. I really liked the different characters and plot twists, the sense of humour in the writing, some of it made me laugh out loud. I also liked that out of many stories I’ve read lately, these were very well written with few mistakes. Well worth the read and I’ll be looking out for more from the author Liam.

Wow! What a whirlwind of adventure stretching over centuries. Exquisite settings, remarkable detail, and memorable characters (from Blair in the Bond, to Anex at the end). With a gratifying brisk pace 1800+ pages zipped by in a week transporting me to a believable and terrifying near-future! Well done.

This story will take you on a journey spanning centuries. It explores the evolution of humanity and the resulting ruin we bring to the planet by our appetites. But this story is also one of humanity's perseverance and instinct to innovate and overcome, no matter how dire the circumstances are.

These books kept me reading long after I would have quit anything else. The story is far ranging and absorbing. It starts in our near future and extrapolates into an ongoing saga.

Villains, deception, very high tech, love, explosions. What more do you want? Great fun. Good characters. It took me four sittings to read it which is amazing for a book this size.

Absolutely excellent read, proper ripping yarns set in a really well thought out universe. Can't wait for the next arc...

What I so truly loved was the way no plot line or character ever felt certain or safe, at any time the good and bad could be flipped and the protagonists could find all they have done was for naught or the actions they’ve taken not what they seem to have been. Just great work and you should read it well worth your time 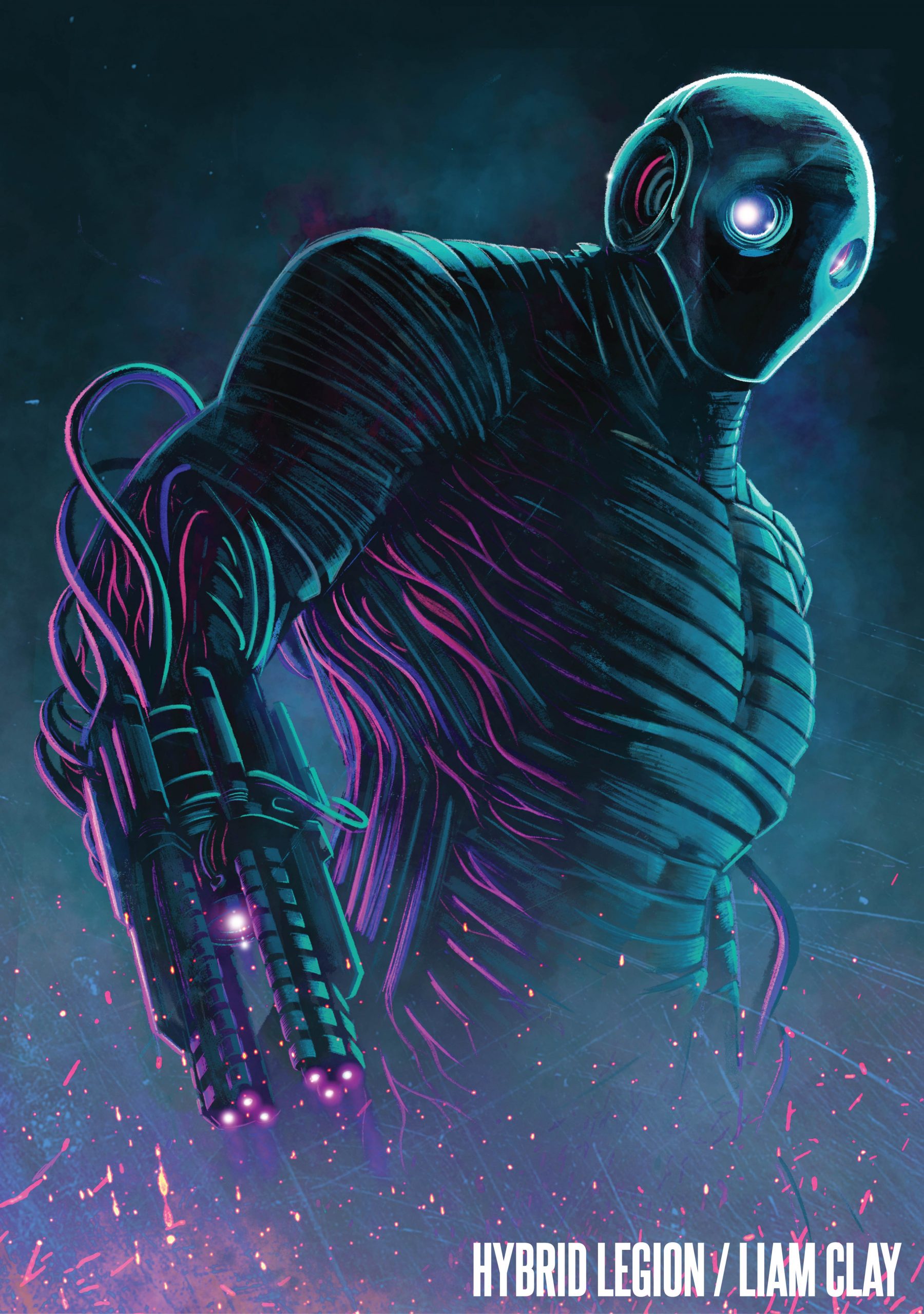 A thousand years ago, the earth was consumed by an artificial black hole. Humanity escaped in a single ship, bound for a new home in a distant system.

That journey is now over.

But when the first colonists awaken, they find the ship in flames and its crew insane. Some fight to carve out territory inside the shattered vessel. And others flee onto the surface of what is supposed to be an empty moon.

But it is not. Someone - or something - has been there before them.

As warring factions rush to claim the deadly tech that marks the landscape, three survivors must unravel the truth, or watch their species tear itself apart.

Liam is a Canadian who moved to Australia after getting kicked out of England for apologizing too much. He works on the commercial side of the design world as a job, where his seething jealousy of the creative staff boils over into writing.